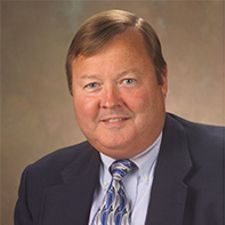 Director of Compliance | Reynolds and Reynolds

O’Loughlin is the director of Compliance for Reynolds & Reynolds. Prior to joining Reynolds in 2006, he was employed by the Office of the Attorney General, State of Florida, from 1990, in the Economic Crimes Section. For most of those years he was involved in the investigation and prosecution of automobile dealers, manufacturers and finance and leasing companies. He was also the mediator of Florida’s Motor Vehicle Lease Disclosure Act, a statute that he assisted in drafting. He has served as a consultant to the Federal Reserve Board’s Leasing Education Committee, an observer/advisor for the Uniform Consumer Leases Act Committee, and has been a consultant to “PrimeTime Live,” “Dateline” and various other media and publications. In addition, Terry routinely assisted numerous states agencies nationally regarding motor vehicle fraud. In 2010, he was elected to the Governing Committee of the Conference on Consumer Finance Law.

This session was crafted to address retail compliance issues at its core. More Info