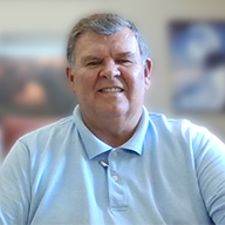 Allan R. Barnes became the Tribal Domicile Commissioner for the Delaware Tribe ofIndians in 2018. Acting in a regulatory capacity, he and the staff of Tribal Support Servicesprovide the F&I Industry a more streamlined and efficient approach for the formation ofAllied Reinsurance Companies (ARCs) throughout the United States and offshore. Prior tohis appointment as Commissioner, Allan served the Tribe in an administrative/coordinatorcapacity for several departments since 2013, ultimately overseeing daily operations asTribal Operations Manager. Before becoming a Tribal employee, he was an Independent Property & Casualty Insurance Agent which spanned a 22-year career. He attended andreceived his initial insurance accreditation from the Commercial Union Assurance Companies located at One Beacon Street in Boston, MA. Allan is a Delaware Tribe of Indians tribal member. As is all the Tribe, he is proud of his tribal heritage and tribalrecords show that his Great Grandfather was a Delaware interpreter for the DawesCommission in the early 1900s. In 2019 he received the AARP Native American Elder Honors award.

This segment of expert panelists will appear to tout the highlights of their program and inform the agent body at large of the opportunities available offshore, onshore and a variety of tribal offerings. More Info