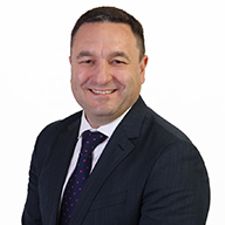 Tony grew up in the former Soviet Union and immigrated to the United States at the age of 18.  Together with his wife Maria they moved with two half-full suitcases and $50 to their name.  Starting on the bottom as new immigrants with no relatives, but plenty of friends, Tony graduated college and a graduate school.

After spending six years working for a large F&I agency, in 2018 he launched - Mezen Dealer Services, LLC, to accomplish a long-term goal of an American Dream – business ownership.  Over the last three years it has been considered one of the fastest growing agencies.

These days, when we think about delivery systems, our first thoughts might be menu, tablet or perhaps online. Get the inside on where we are and more importantly, where we are going! More Info