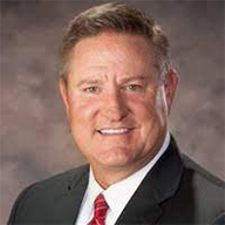 Steve joined Bank of Oklahoma in September of 2005 as a Senior Portfolio Manager in the Tulsa market. In July of 2006 Steve was named the Market Leader for the Tulsa market and in September of 2008 he assumed responsibilities as the Portfolio Management Executive for BOKF.  Beginning in February of 2015 Steve assumed the role of Private Wealth Managing Director-Investments and was named Chief Investment Strategist for BOK Financial on May of 2020.

Steve began his investment career in 1/1982 as an institutional bond salesman for First National Bank of Oklahoma City. He remained in institutional bond sales until April of 1999 when he joined Tom Johnston Investment Management Inc as their head trader and fixed income SMA manager. While there, Steve attained his CFA Charter and was an analyst and portfolio manager at the time he joined BOKF.

In Steve’s present position he responsible for the communication and implementation of the BOKF investment management process across multiple delivery platforms. Steve interacts with internal business partners as well as external clients and prospects. Steve is an active participant in the formulation of the investment message as a member of the Wealth Management Asset Allocation Committee, as well as membership on the Alternative Asset Sub-committee and Manager Review Committee. Steve is also a member of the Wealth Management Investment Committee and Investment Trust Committee within the Trust department. BOKF is responsible for discretionary management of $20+ billion in AUM.

Steve is Immediate Past President of the Board for Family and Children’s Services in Tulsa, an active participant in the Tulsa Area United Way, and is a member of multiple Societies of Financial analysts as well as the CFA institute. Steve graduated from Oklahoma State University, where he played varsity tennis, with a B.S. in Finance

While automotive retailing and the F&I Industry are intertwined, the real picture is far broader. Hear an economic expert take a peek at what the future holds. More Info