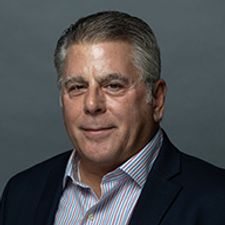 Gerry has over three decades of automotive sales, and management experience. He began his automotive career as a sales consultant at Fitzgerald Hicks Dodge in Salem, NH where his father was the general manager. Soon after, Gerry and his father opened Gould Auto Sales as an independent pre-owned dealership in Lawrence, MA which they later sold. After the sale, Gerry was hired at Ira Oldsmobile-Toyota in Danvers, MA as a sales consultant where he swiftly moved through the ranks of virtually all front-end management positions. In 1996 Gerry joined the team of David Lewis & Associates where he dedicated his knowledge and experience to training others. Following a successful tenure with David Lewis & Associates he relocated to Florida in 2002 where he held the position of Florida's Regional F&I Director for AutoNation the nation's largest automotive retailer until 2009 when he accepted the position of Director of Training for United Development Systems, a well-established general agent focused on F&I performance and development. Through the years Gerry has spoken at and held numerous workshops for groups and conferences related to automotive front-end operations. He has also crafted several Sales, Sales and F&I Management training programs and published numerous articles in industry journals.

General Agents who attend this session will leave with tips, techniques, and tactics aimed towards motivating their clients to take the necessary steps that ensure a smooth and profitable F&I outcome. More Info