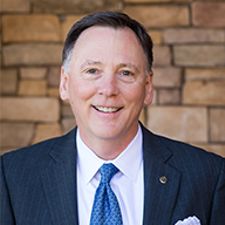 As President and CEO of AUL Corp., Mr. Atkinson brings innovative solutions in a rapidly changing marketplace to the business of providing Vehicle Service Contracts, Warranty Administration, Reinsurance, and Consulting to dealers, independent agents, and financial institutions in all 50 states. Under his leadership, AUL Corp. has grown to administer more than 2.5 million contracts, has paid over $800 million in claims to date, and has more than 100 employees.

Under Atkinson’s leadership, AUL Corp. has received eight Dealers’ Choice Awards and has been awarded one of the North Bay’s Best Places to Work for the last seven consecutive years. A respected industry expert, Atkinson has been a keynote speaker at the Agent Summit, as well as a speaker at eight National Automobile Dealers Association Conventions, the national F&I Conference, the RV Dealers International Convention, and the American Truck Dealers Conference, among other state conventions and professional groups.

Atkinson began his career at AUL Corp. when he was brought on as COO. Prior to that, he led the Vehicle Service Contract business for Assurant Solutions, one of the largest underwriters in the nation.

In his free time, Mr. Atkinson is an avid runner who has completed four marathons. He also enjoys cycling and golf. He chaired the 2016 LLS Light the Night Walk in Napa, CA.

Disruption in our industry has taken many forms and seems to be moving at the speed of light in many directions. This session brings agents into the mainstream of industry trends. More Info